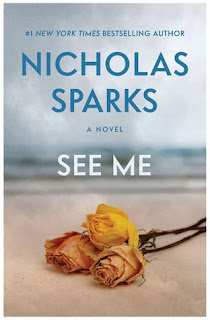 Many Tears Have to Fall but it's all in the Game." Lyrics

Having enjoyed Catherine Coulter's FBI thriller, "Nemesis" I wanted to read another of her stories.

In "The End Game," Nicholas Drummond and his partner Michaela Caine investigate COE. This is a group led by Matthew Spenser. He is a scientist/terrorist and anti Muslim zealot.

At the start of the action, he is assisted by Vanessa who makes bombs for the organization. COE which stands for Celebrants of the Earth.  Their goal is to stop America from importing oil from the Middle East.

Vanessa had agreed to assist the organization by making bombs. She believed Matthew when he told her that his goal was to stop the importing of oil from the Middle East without the loss of life.

Nick and Mike get a tip about the Beltway Refinery in New Jersey. They're told that a man in a bar overheard an intoxicated man bragging that there would be a bomb at this site. They rush to the scene just before the bomb explodes and are lucky that they didn't have major injuries.

Following the activities of the terrorist group, we learn more about Vanessa and her true identity.

With the bombing in France and other terrorist acts recently I thought that the story was very timely. The action was fast and furious and I liked Nicholas and Michaela having some romance in their lives.

Only the shadow knows the truth

"X" is the story told in numerous parts.

The central part has Kinsey investigating a serial killer. She's unaware that as she gets closer to building enough evidence to nail the killer, she becomes a target.

The second layer of the story has Kinsey dealing with her landlord's elderly neighbors. At first they seem worthy of Kinsey's sympathy but there is something beneath their outer personae.

The final segment of the story is where the "X" comes from. It covers a woman of Greek heritage who recently divorced. She is still embittered about her husband's philandering when she discovers an art work in her husband's basement's basement that could be worth millions. But she has to smuggle it out of his basement to get it appraised in London.

The book is good but tends to jump from one story line to another too much. The characters are old friends by this 24th installment of Kinsey's actions.  I look forward to their antics but found the conclusion unfulfilling,  perhaps it was a prelude to a future story.

Now wait a minute for this dandy

What appealed to me about "Minute Zero" was the idea that the story combines political diplomacy with national security.

With current events and the presidential election debate, a book about election would be of interest even if the nation is Zimbabwe.

State Department crisis manager Judd Ryker is sent to Zimbabwe to attempt to quell a developing emergency. Ryker is to stop an emergency and provide a solution before the situation gets out of hand.

In the 1980s thousands of civilians in Zimbabwe died during an operation and no one was held accountable.

Now President Winston Tinotenda known as Tino is set to have another term as president in an election that he has rigged.  He as a corrupt security adviser and gets money from illegal diamond mines and elsewhere.

Ryker brings in the CIA and some old friends to stop the bleeding and allow to elected president to assume her rightful office.   How he does this and what he must overcome is the basis of the story.

I enjoyed the story and compared the situation to what is going on in certain countries today and it also gives the reader the idea that it might have been useful if Ryker had done his magic to prevent other countries from going to rebels or illegal dictators.
Posted by Unknown at 1:41 PM 1 comment:

Health report:
Began a new clinical trial two weeks ago. It has had an immediate positive effect. My sight has improved, the pain is reduced and overall feeling of improvement. I still have a way to go on my sight and I do have lower back pain at night and pain in my right elbow but it's only the beginning of the trial.
Posted by Unknown at 1:10 PM 5 comments:

All's not fair in love and war

In an inspiring story of love and war, Martin Fletcher has written "The War Reporter."

This riveting thriller begins in 1994 with Tom Layne - an American TV journalist, reporting from Sarajevo. He's teamed with his cameraman, the lovely translator, Nina, and English journalist, Nick Barnes.

Always on the look out for the nest inspiring story, Tom visits the nearby hospital and notices a small boy. The boy is left alone and doesn't speak. He was being taken to the hospital for an operation on his harelip. However, he was separated from his mother in a bombing incident and he's left alone. No one knows his name or his mother.

They succeed in doing so at great cost. One of their members is killed and Nina is attacked after she reacted to a man who stole her family's land.

The story tells of the horrors of war. The cruelty inflicted and the love that develops between Tom and Nina. It grabs at the reader's heart to witness what these two brave people go through.

Winner of a Jewish National Book award for good reason.  The author describes Tom becoming traumatized after the death of a friend and experiencing the hopeless feeling as he hears his love screaming for help which he can't deliver.

The strong story will linger in the minds of the reader long after reading the book.

Posted by Unknown at 9:30 AM No comments:

"Johnny is a joker, he's a bird dog." Song Lyrics

Harold Dodge is familiar with the tricks of a car dealer. He has worked in that industry and written a book about it. although his present job is as an engineer.

He's an overweight man who has a problem with his image. However, he's flattered when a pretty co-worker named Marianna asks for his help.  She purchased a car from a dealer and traded in her own car for it. After reading the contract and what was supposed to be included in the purchase price, she feels that she was taken advantage of. Now she wants to reverse the transaction.

When Harold and Marianna get to the return to the dealership, her car is no longer on the lot. The flashy salesman wonders is Harold might be an investigator from the DMV so is careful and asks them to let him research it and return again.

Marianne tries to finish the transaction and returns on her own to unwind the sale. However during this time, she unwittingly takes a document that would incriminate the man who runs the dealership.

During this time, the central office of the dealership sends representatives to examine the operation and take steps in removing the shady manager.

Reed describes the action well as the criminals vie for power and attempt to bluff their way out of the predicament This allows the reader to see the hypocrisy and conniving that goes on..

Harold's heart is won by Marianne and he puts himself in danger in working with the unscrupulous salesman.

The action at the auto dealership and the situations that the characters find themselves in reminded me of the writing of the great Elmore Leonard.

I was drawn to the story and seeing the action unfold even though I wasn't drawn to any of the characters.

Posted by Unknown at 7:55 AM No comments: 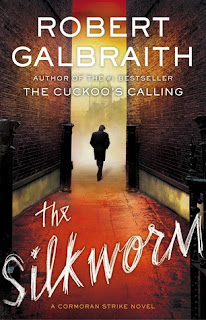