Books while on my sickbed

Being treated for lung cancer has changed so much in my life but not the love of reading. 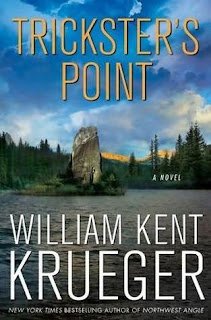 During my treatment at New Haven Smilow Cancer Hospital, I have continued to find books a good place to go for a change of pace and to emerse myself in the fictional world.

Cork O'Connor goes fishing with his childhood friend, Jubal Little, who is in the early stages of a run for Minnesota governor when someone shoots Little with an arrow and kills him.  Because Cork waited with his friend until Little died, he becomes a suspect.

Also in the story are Winonah Crane and her brother Willie, all characters, childhood friends.

The story is nicely told with realistic characters and a picturesque setting.
Posted by Unknown at 1:38 PM

Reading is ever a comfort to us in any circumstances. Best wishes with your continuing treatment. I hope the results will be positive and will return you to good health.

During my dad's bout with cancer, it was reading that helped him deal with the pain. Stick with it Mike, I am cheering for you. Thanks for the heads up on the book.

thanks, Dorothy and Heather. I appreciate your positive thoughts.

So glad that you can be treated for it. I lost a dear friend from lung cancer in 2001. Think positive thought and read something funny. Will be thinking of you.