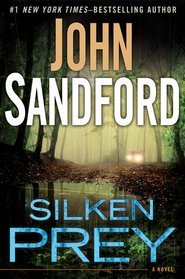 Even though the governor is on the opposing party, something about the convenience of the discovery of the accusation so soon before the election doesn't seem right.

The race for the US Senate is a toss up and one of the participants is a wealthy young woman with a campaign staff that doesn't hesitate when asked to perform dirty tricks.. However one of the characters wants more money for his deeds and then goes missing.

Davenport and his team are working hard to identify the person who committed the dirty trick. When murder is added to the mix,  the reader is in hope that they can be stopped prior to the responsible winning an election they didn't deserve.

Davenport is a top notch and with each story we learn more about him and his family. He's a man of integrity but his primary job is to catch those responsible for the dirty tricks and to reveal what happened to the man who has a reputation for being political. He's been a bag man and Lucas believes he's come to a bad end but there's no proof. Then, there is another murder...

"Silken Prey" is one more story from one of the masters, John Sandford. This story kept my attention and I was sad when I had to put the book down to do something else.
Posted by Unknown at 1:54 PM

Sandford is indeed one of the masters—I love his work! Thanks for the review, Mike—I hope you're doing well!

Reading your article is such a privilege. It does inspire me, I hope that you can share more positive thoughts. Visit my site too. The link is posted below.

This really answered my drawback, thanks! free online casino slots