"At eighteen our convictions are hills from which we look; at forty-five they are the caves in which we hide." F. Scott Fitzgerald 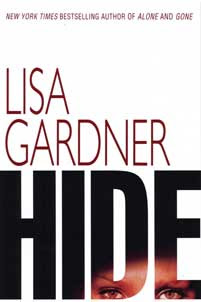 Bobby Dodge is a Mass. State Police Detective. He's called to the scene of a gruesome mass murder that took place on the grounds of the old State Mental Hospital. Six bodies of children are found in an underground chamber, it is estimated that the crime took place over twenty five years in the past.
One body was tentatively identified by a chain around her neck as Annabelle Granger. However, a woman who read about the bodies being discovered, comes to the police department and admits that she is Annabelle and when she was 7 she gave the locket to her friend, Dori Petracelli.
Annabelle also bears a striking resemblance to Cathryn Gagnon who Bobby met at a hostage scene. When she was younger, Catheryn had been captive in an underground chamber but hunters heard her cries and rescued her. Later, in the hostage scene, Bobby had to shoot her husband who was threatening his family. After he came to know her, Bobby felt that Cathryn set up her husband.
Bobby and Detective D. D. Warren figure that Anabelle had been targeted by a predator and her parents relocated to attempt to save their daughter. Two years before this, Richard Umbrio had kidnapped twelve year old Catherine Gagnon but when the hunters rescued her, she testified against Umbrio and he was in prison when in 1982, her parents reported a prowler who they later thought was a predator.
The investigation moves back to the State Mental Hospital. A records search finds two possible suspects and the reader learns what these men did and why they needed hospitalization. Both men had since been released but the authorities questioned their mental stability.
Lisa Gardner creates suspense as if she were a chef, putting the ingredients together for a feast. The momentum increases with the well crafted plot. In addition, the author provides a surprise toward the novel's conclusion which was excellently described. Annabelle is a sympathetic character who develops into a confident woman, in control of her destiny. The antagonist was well portrayed but the reader will have to learn just how by turning the pages themselves.
Highly recommended.
Posted by Unknown at 4:29 PM