Anyone can look at another's eyes but lovers can see each other's souls through the eyes." Larry Lotta 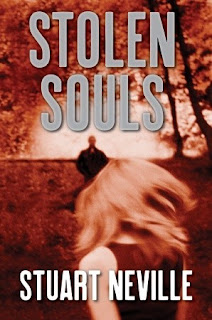 Set in Belfast, a young woman from Lithuania named Gayla is coerced into coming to Ireland for a chance for a better life. She thinks she will be in a good home and working as a nanny. However, she's sent to do hard work and then sold into prostitution. When the people who run this group attempt to force her into prostitution and one of them is trying to rape her, she manages to kill him.

Two other men were in the home with the murdered man, Tomas Stazdas. They are afraid of Tomas' brother so try to dump Thomas' body into a waterway, planning to drown the woman there. However, Gayla is a fighter who never gives up and manages to escape from them.

Tomas was the younger brother of a sadistic gangster, Arturas Stazdas. When he informs his mother, back in Lithuania, about her youngest son's death, the mother demands that he kill the girl and anyone else who was associated with Tomas's demise.

Meanwhile, a man named Billy Crawford had befriended Gayla while posing as a customer. He informed Gayla that if she ever escaped from the house of prostitution, he'd help her.

Gayla kept the number she had given him and calls him after escaping from the two men by the river. He meets her and tells her that he is a Baptist minister without a church and tries to save girls, like Gayla, who haven't lost their souls.

Investigating the case is Det. Inspector Jack Lennon. Soon after being assigned to the case, he learns that there have been additional murders.

The author, Stuart Neville, writes in a style reminiscent of fellow Irishman, John Connolly. In Connolly's "Every Dead Thing," revenge is the center of the novel as Charlie Parker searches for the killer of his child. In "Stolen Souls" revenge is also central to the story with Arturas's demand for revenge at all costs.

Stuart Neville uses description well and as things turn against Gayla again and again, the reader can almost feel as if they are in her shoes wondering if there is any reason to fight against fate and pray for help.

Not for the squeamish, this is a story that is so dramatic that there are times when the reader needs to take a break from the tense action. I enjoyed the novel and feel that Neville shows that he's a master storyteller.
Posted by Unknown at 2:26 PM

This sounds like a good read. Thanks for your review.

Thanks for stopping by and commenting on my review.
Mike