"Perhaps I know best why it is man alone who laughs; he alone suffers so deeply that he had to invent laughter." Nietzsche 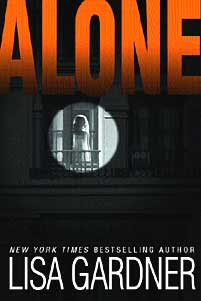 Mass. State Tpr. Bobby Dodge, is a sniper on the Special Tactics and Operations Team. He's alerted about a hostage situation. He arrives and sets up surveillance just in time to see a man aiming a gun at his wife. With only seconds to decide, Bobby shoots the man, Jimmy Gagnon, killing him.
Gagnon had been holding the gun to his wife Catherine. We learn that Catherine had been abducted as a teenager and buried underground for almost a month while her abductor abused her. She was saved when hunters heard her cries.
Jimmy was abusive and Catherine wasn't able to get help because Jimmy's father was an influential judge and would use his power to stop Catherine's attempts to discredit his son.
Now that Jimmy has been killed, Judge Gagnon takes measures to gain custody of Jimmy's son Nathan. Nathan has a history of hospitalizations due to sicknesses. The Judge states that his son, Jimmy wasn't the problem, it was Catherine.
The Judge also claims that Bobby knew Catherine and killed the Judge's son because he had improper feelings about Catherine.
The author sets the stage and slowly reels the reader in, as if she is placing explosives around the story which explodes with suspense in the final segments.
Bobby is a well described character. The author, Lisa Gardner, tells us of Bobby's past so that the reader is able to see why he is so determined to help this woman in distress. He stays strong in his belief and is someone who the reader will want to read more about in the future. Catherine seems so sad and as we read the story, we can't help but wonder how all of the bad things that happen to her can be. However, again, the author provides the answers in a well polished, dramatic story.
Posted by Unknown at 6:21 PM