"Catch a falling star and put it in your pocket." lyrics 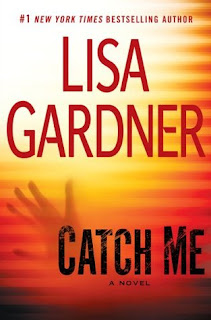 What memories do you have of your mother?

In Lisa Gardner's "Catch Me," one of the main character's chilling thoughts are of her insane mother and how she would injure her daughter during the daughter's infancy. Then she would take her daughter to the emergency room to evoke sympathy from the medical staff and maybe a handsome doctor.

On a more common view of motherhood, Homicide Detective D.D. Warren has just become a mother and is basking in the love for her newborn son. She is approached by a woman who wants Warren to investigate her murder when she is killed in four days.

Charlene Rosalund Carter Grant tells D.D. that in the last two years, at 8pm on Jan 21st her best friends have been murdered and now Charlene believes that it's her turn.

The story is told as if we are witnessing the countdown to the character's death and there is nothing that she or the police can do to stop it.

A parallel story involves D.D. and her unit investigating a number of killings of pedophiles.

The tension mounts as the deadline draws nearer and the reader wonders who is responsible for the other killings and if Charlene's precautions will be sufficent to prevent her murder.

Gardner adds a number of plot twists which keep the reader guessing about the outcome while adding to the enjoyment of the novel.

The dramatic reading of the novel by Kristen Potter was well done and kept my interest while trying to learn how the story would develop.
Posted by Unknown at 8:04 AM

Reminds me of a movie I once saw. I'm adding this one to my list!

I have to leave your site now, I am adding way too many books to my must read list,lol. Loving your reviews. Keep the reviews on Thriller/mysteries coming, it's my favorite genre and I am always looking for a good one to read