There is no witness so terrible and no accuser so powerful as the conscience ... within us." Sophocles 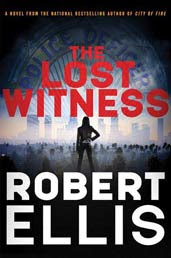 Lena Gamble, L.A. detective is given the case of a dismembered body found in a dumpster. Lena is disliked by her superiors because of the way in which she handled her last case in which a police officer was involved. The result of the bad publicity the department received was to place Lena on administrative duties. Now she wonders if she is being set up with the new case.

As she investigates the murder, she is sent a driver's license identifying the Jane Doe as Jennifer McBride. Unfortunately, when she attempts to notify the next of kin, the woman tells her that her daughter, Jennifer, died two years ago. Now Lena must find out who the Jane Doe really is and why she was hiding under another person's identification.

Lena and Detective Rhoades follow the leads to a doctor who made a number of calls to the victim. The doctor, Joseph Fontaine, has something to hide, but they can't tell what. Since the doctor has friends in high office, the detectives are ordered to tread lightly.

The hunt for the killer goes through various trails with the author providing surprising plot twists that add to the enjoyment. During the investigation, Lena finds that there is corruption and deceit within her department and she believes that she may be the next target of those attempting to keep the facts of the case from becoming public.

The story was unique and the gradual manner in which Lena figures out what is happening was well described and allowed the reader to sympathise with her plight and root for her success. She is a good protagonist, ready to stand alone, if necessary, to find the answers. I was entertained by the novel and strongly recommend it.
Posted by Unknown at 6:38 AM