"When you have come to the edge of light and are about to drop off into darkness, faith will be something to stand on." Overton 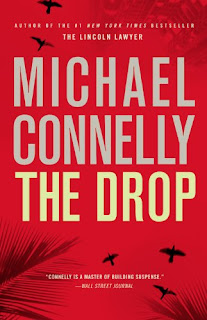 Harry Bosch is assigned to a cold case of a 1989 rape and murder that DNA evidence indicates that a child was involved. He must find out if the evidence was compromised or learn what else happened.

As he begins to make some headway with this case, he's ordered to investigate the untimely death of the son of his former adversary, Irving Irving.

It's a pleasure to learn more about a character who we admire. We observe Harry's life as he deals with his future retirement, which he hopes to delay for four or five years. He also has an excellent relationship with his fifteen-year-old daughter, Maddie, who he is raising by himself and indicates a strong desire to follow her father into a career in law enforcement.

We feel empathetic for Harry's plight as he shows his distaste for being taken away from the cold case of a killer who might still be active and ordered to work on the case that is important to the command staff at the police department.

Harry is like a Knight of the Round Table, trying to be a savior of the kingdom of Los Angeles. He feels a nobleness in his work. He's one of the highest regarded investigators in the homicide division and responsible for putting many criminals behind bars. Now, nearing age sixty, he feels that his time is running short because of the mandatory retirement so wants to achieve as much as possible before that time comes.

This novel isn't for everyone. When the results of Harry's work culminates in the capture of a criminal who is a child killer and sexual predator, there is a home filled with torture implements and evidence of such sexual torture that it even makes Harry gasp.

There are some unexpected surprises in the book which adds to the entertainment value. "The Drop" is a wonderfully written novel with a character who has won the reader's hearts and minds.

This enjoyable story continues Michael Connelly's legacy as one of the leading suspense writers. It wouldn't surprise me to see this novel nominated for awards in excellence in the mystery field.
Posted by Unknown at 2:05 PM

Glad you liked it. Saw the movie, Girl with the Dragon Tattoo, that had similar frightful scenes. Good movie though.

Harvee, been trying to get my wife to see the "Girl with the Dragon Tattoo" too violent for her.

Awesome review! The Drop sounds like an intriguing read. I'll definitely keep an eye out.

Thanks, Ana. This is one of Connelly's best books and Harry Bosch is a character that people really enjoy.