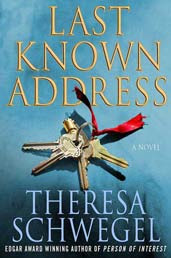 In the snowy Chicago winter, a serial rapist is pursuing victims.
Det. Sloan Pearson is still new in the Sex Crimes Unit and this male dominated group thinks nothing of the sexual harassment they give. "I'll bet she got a hot wax." Says one when she's returning from being late due to seeing her father in the hospital where she learned that his condition made his heart too weak to be operated on.
Since her mother's death when Sloan was a young school girl, it had just been her father and Sloan. Now she feels useless as his weak heart needs care but he seems to have given up and placed himself in the hands of his flighty girlfriend.
When one of the rape victims turns out to be a woman who just showed Sloan a unit she was thinking of buying, Sloan takes a personal interest in the case. With fierce determination, she goes through the investigation as if she were the victims only advocate.
At various parts of the story, we read the thoughts of a person who has been raped. It is a bit confusing because we aren't given the person's name. I thought it might be Sloan.
Pearson is compulsive and not a very likable character. Perhaps a woman facing her troubles couldn't be likable but she is also not a sympathetic character.
Schwegel's writing is compelling in spite of the confusion.
The setting is well described and if the sexual innuendo that Pearson must bear are true, I would hope that this novel, like those of Frank Norris almost 100 years ago, would cause an industry to be improved and women's equality be corrected.
Posted by Unknown at 6:14 AM