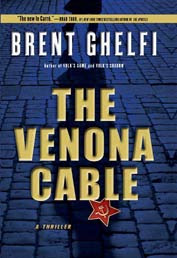 Volk is arrested in Moscow and brought to his warehouse. He's shown the body of an elderly man who he can tell was an American. Volk is told that the victim, Everett Walker, was a famous cinematographer who had been blackballed by Hollywood. He traveled to Moscow and lived in an inexpensive hotel as if he didn't want to be noticed by the authorities. When his body was discovered, he had a photo of himself with Volk's father. The Russian jailer wants to know the details since Volk's father was supposed to have died thirty years ago.
The officials let Volk out of prison to find out what Walker was up to.
Volk agrees because whatever it is, he wants to clear the family name.
Posted by Unknown at 10:31 AM