What are the makings of a killer spy? 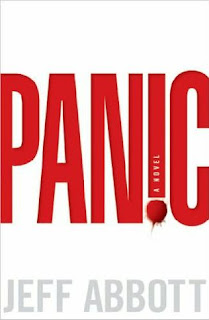 Evan Casher had a normal life until he gets a call from his mother that she needs to see him immediately. He gets to her home and someone has murdered her. The killers are still there and put a noose around his neck, it looks like the end but he's saved by a man who says he's a friend of his mothers.

Jargo Steven is the man who killed Evan's mom. He works with his son, Dezz. Carrie Lindstrom is a girl posing as Ev's girlfriend to find the files he has on his computer.
The man who saved Evan is ex CIA named Gabriel. He tells Evan that his mother hired him to get her out of Austin. He tells Evan that Jargo is an information broker and freelance spy. Gabriel also knows about the files on the computer and when he keeps asking about them, Evan gets nervous overcomes Gabriel and runs from him.
Evan learns that everything he believed about his family and his past has been made up. By checking the names on various passports of his father that Evan finds, he finds one name that sounds possible. His research shows a stroy of a family who disappeared years ago. The story mentions a concerned neighbor. Evan calls the woman and asks her to check the photo of his mother on "CNN. The woman recognizes her and Evan learns that his name was Robert Peterson.
Next, Evan looks up an acquaintance who owes him a favor. He gets money and the use of a computer from the man, Shady. He calls Jargo and learns that he's holding Evan's father, Mitchell Casher. They arrange to meet. He also calls a person who says he is with the CIA and is looking for Jargo and tells the man, Bricklayer, about the meeting. When he spoke to Jargo, Evan pretended that he had the info on the computer and he learns that it is supposed to be Jargo's client list. At the meeting, there is a shoot-out and a major plot twist that is nicely done and adds drama and realism to the plot.
Carrie tells Evan that she is really a CIA undercover and she is working with Bricklayer. They need the client list to stop Jargo.
The story gets convoluted at the end and there is a somewhat unbelievable transformation of Evan from the documentary film maker at the start of the novel to a super spy at the end. However, it was fun reading it and enjoying the drama.
Posted by Unknown at 7:01 PM