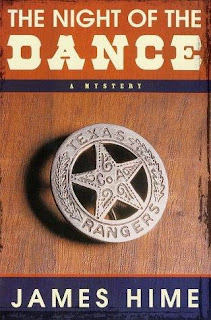 Workmen digging a well, in Brenham, Texas, find the body of a young woman who disappeared ten years ago.
The Sheriff knows he isn't the brightest lawman and has been informed that he better solve this case or there will be a new name on the ballot next election. He asks Jeremiah Spur, an ex-Texas Ranger for help.
Jeremy has only been retired for six months and is working on his ranch amidst a lengthy drought and thinking about his daughter who is dieing of cancer in a nearby hospital.
Martin Fletcher, the Preacher's son is a military extremist. He and his friend, Dud Hughes, rob a liquor store in preparation for robbing something bigger. Complications happen and he and Dud kill the store manager and the manager's mother who has come to pick her son up and drive him home.
The town's best cop is Clyde Thomas, a black deputy who was a former Dallas policeman. He and Jeremiah, and Clyde's girlfriend, assistant district attorney Sonya Nichols team up to solve the case.
The story is told with humor and empathy for the way of life in a small Texas town that has suffered from an epidemic of blackmail, illicit sex, bigotry and dirty politics. Hime writes the story with such skill that the reader is engrossed in the story and is make to feel as if he or she was sitting on the bench, in front of the town courthouse watching the events ans they unfold.
The characters are well developed. Jeremiah Spur is an excellent protagonist in the strong silent Texas type and Clyde reminded me of Sidney Pottier in the 1967 movie "In the Heat of the Night" with his strong, prideful manner and professionalism.
The novel was a finalist for the Edgar Award for Best First Mystery Novel.
Posted by Unknown at 7:43 PM