"These be three silent things: The falling snow: the hour just before dawn: the mouth of one just died." Adelaide Crapsey 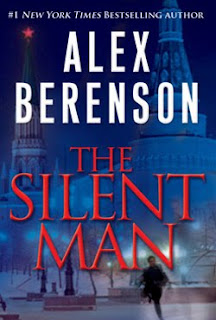 Take heed. Two nuclear weapons are stolen from a Russian nuclear complex.
In Zurich, arms dealer Pierre Kowalski still wants revenge for what John Wells did to him when he forced information from him in Long Island. Now Kowalski has paid a man named Markov, millions, to kill Wells.
The plan is to strike while Wells travels to his office.
Unaware of the sinister forces plotting his demise, Wells has been taking life easy after his last, life threatening, activity. Now he's driving to work with his fiancee and associate, Jennifer Exley.
There is a traffic snarl. Being a CIA agent with well tuned self preservation skills, Wells senses danger as one motorcycle passes him and then another is approaching weaving in and out of traffic. His quick thinking enables him to dispatch the assassins, but Jennifer is wounded.
In another part of this complex plot, near Ramadi, Iraq, Sayyed Nasiji plots with Sheik Ahmed Faisal. Their goal is to purchase the necessary materials and then assemble a bomb in the United States. Nasiji wants to give the United States a taste of what Iraq has gone through.
Wells is mad with the need to take revenge for those who injured Jennifer and he's sure he knows who is responsible. However, events transpire that make Kowalski nervous. He seeks Wells out and promises to provide Wells with info on the stolen weapons if Wells will agree to a truce with him.
From that tense moment on, the action continues with moving the bomb materials to where they can be set up to create devastation.
If the goal of a thriller, is to provide adventure and suspense, then Alex Berenson has accomplished his goal.
This is the third of the John Wells stories and he remains heroic, brave (almost foolishly so) and true to his country and his fiancee. I did find the plot a bit too complex at times but the action was there and the story was vastly entertaining.
Recommended.
Posted by Unknown at 3:32 PM