"You can get any thing you want at Alice's restaurant." Old song. 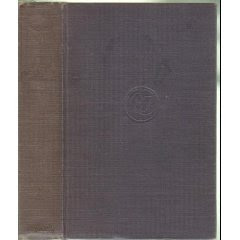 It's the turn of the 20Th century in the industrialized Midwest. Alice Adams is a young woman of twenty-two. She's from a middle class family but has ambitions to rise up in society.

The difficulty is that Alice's family doesn't have the financial means to provide her with the necessities to compete with the other women that she wants to impress. For the big dance, she coerces her brother to take her and instead of going in a taxi, he borrows a friend's tin lizzy. She wears a dress already owned but her mother attempts to fix up by adding some lace, instead of flowers from a florist, she picks violets and by the time of the dance, they are withered and dead.

It seems as if the main there of the novel is the desire to get ahead in life, moving up in the financial and social hierarchy that existed. Alice didn't realize that to most of her acquaintances, a person must be born with these advantages.

Alice reminded me of Scarlett O'Hara in "Gone With The Wind." Both young women strive mightily to move up in society. Both women attempt to capture the most eligible bachelor, even if that person is promised to another. Both women have fathers who are past their time and living in the past.

Virgil, Alice's father, was a more sympathetic character, seemingly content with his life but persuaded to give up his passive existence and follow his wife's dreams of financial and social advancement even at the betrayal of his former employer, an old and trusting friend.
Posted by Unknown at 6:31 AM