"No love, no friendship can cross the path of our destiny without leaving some mark." Mauriac 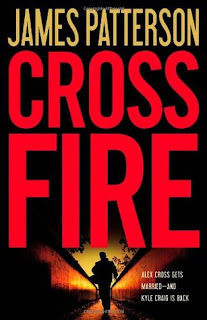 One of Det. Alex Cross's hated enemies is Kyle Craig, known as The Mastermind. He's escaped from prison and wants revenge against Cross. To put his plan in motion, he kills FBI agent Max Siegel and undergoes plastic surgery to make him look like Siegel, then he learns everything he can about Siegel's past.

In Washington D.C. Alex Cross has proposed to Brianna Stone. Shortly thereafter, he's called on to investigate an assassination of two of Washington's politicians who are under investigation for corruption.

When another killing takes place and this person was also under investigation for criminal activity, the killers are praised for being patriotic, and officials realize that it is a sniper team.

Kyle, posing as FBI agent Siegel gets assigned to the case and is able to move his plan for revenge into high gear. With Cross not suspecting anything from a fellow officer, there is excellent suspense.

The story is a page turner given that a person could assume another person's identity so well that even the other person's co-workers don't suspect that this isn't the person that they thought and that no one would bring up details of Siegel's past that wouldn't be known to Kyle.

With this skepticism, James Patterson shows that he is the master of nail biters because he still gets the reader's involvement in the case. There is the reality of the the past Washington D.C. sniper and the wonder of how Cross will find the sniper team and how he will stop Craig before Craig can take revenge against Cross and his family.
Posted by Unknown at 7:20 AM

i have to admit I have enjoyed every book by this author that I have read. I suspect, this one would be no different.

The Alex Cross continues to be one of my Fav series. Wish they do some more movies with Morgan Freeman. He's an excellent Alex Cross.