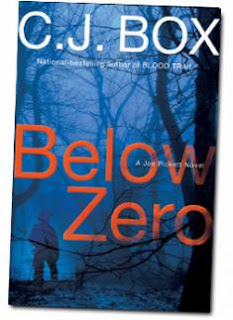 C. J. Box has written another fine story.
Years ago there was an incident with Joe Pickett's adopted daughter April. She was in a trailer and the police were after the people in that trailer. FBI wouldn't wait to be sure children were not being held but a gas explosion killed three people. Two adults and one child were found burned beyond recognition.
Joe thought one of the victims was April until his daughter Sheriden gets a text from April. Now Joe must find April and have a second chance to care for her.
Posted by Unknown at 7:17 PM