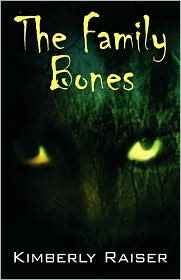 Steven Weaver, an ordinary guy, takes his wife, Tara, and two children to see the home he just inherited in the country.
Suddenly it's Stephen King city. Strange things begin to happen. Tara is drawn to a well and feels dizzy and about to fall in, 8 year old Charlie becomes lost in a basement and Steven finds an unexplored corridor which turns into a maize.
When Steven falls from a ladder and looses consciousness, he awakens and meets his Uncle Ben and son Jack who live in the guest house and have been looking after the main home since Steven's grandparents' died.
Steven's parents were killed in an auto accident when they came to see him at a boarding school. The accident happened in front of him and he spent time in psychiatric care afterwards.
It's on the family's next trip to the home that things get scary. They follow a path to a river and see some buried canoes. Steven becomes ill and Jack comes and carries him back to the house. Other things happen and it feels similar to Stephen King's "The Firestarter" when Andy McGee had some experiments on him and developed telekinetic power.
Raiser tells a fun story that in totally unique. The characters are strong and plot twists are abundant. It mixes mystery and science fiction in a nice matter.
Read this one for some old time fun.
Posted by Unknown at 5:45 PM