Take this over to the counter and buy a copy. 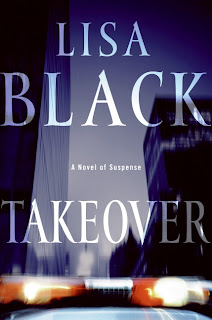 Move over Dr. Kay Scarpetta, there's a new kid on the block.
Theresa MacLean is a forensic scientist. She and her fiance, Paul Cleary are called to the scene of a brutal murder. The victim, Mark Ludlow, is a bank manager in a Federal Bank nearby.
When Paul goes to the bank to question officials about Ludlow he is trapped by two robbers who hold the bank up. Paul is taken hostage but doesn't disclose his identity.
Patrick Cavanaugh is the hostage negotiator assigned to the scene. Inside the bank, Paul sees the robbers attempt to harm one of the hostages. He identifies himself and tries to stop them but he is shot in the leg. With her fiance bleeding, Terry offers to drive the robbers get away car to the front of the bank and exchange herself as hostage so Paul can get medical treatment. They also release another hostage. This person is Mark Ludlow's wife and she is ordered to get money that is stored in a different area of the bank. The robbers are holding her child as hostage so she will return with the money.
Lisa Black has the talent to keep the reader interested in this tightly knit story. Theresa Mac Lean is a well drawn, heroic character. She uses her knowledge of forensics to help with the case without getting into the boring details of how she came to every conclusion.
The hostage drama played out too long and what happens to the brother of one of the hostages was illogical.
Finally, Black's plot twist at the story's end was well done.
Recommended.
Posted by Unknown at 5:38 PM